In this article, we will attempt to examine the role of API (Application Programming Interface) gateways and API security, as well as the benefits, drawbacks, opportunities, and some possible risks associated with them. While moving from a monolithic application to microservices, the client's behavior cannot be the same as it was when the client had only one entry point into the application. 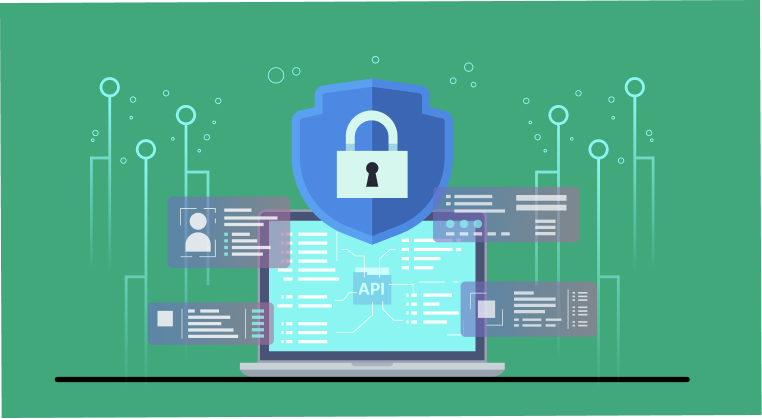 When working with microservices, the client must deal with all of the complexity that comes with a microservices architecture, such as aggregating data from multiple services, maintaining multiple endpoints, increased chattiness between client and server, and having separate authentication for each service. Because clients rely on microservices, refactoring the services is also difficult. An easy way to accomplish this is to

At start all client requests are routed through the API Gateway Security first. Requests are then routed to the appropriate microservice centers using api management tools.

To get a sense of the API explosion, look no further than the statistics compiled by Programmable Web, which has been tracking publicly exposed APIs since 2005. There were only about 100 APIs listed at the time; today, there are over 10,000 publicly known APIs.

API revenue is generated by companies metering access to APIs and the resources that support them in a variety of ways. Twitter, Facebook, and others, for example, provide ad-based APIs that enable targeted advertisements based on reporting and analytics, but ad agencies and other brands must pay for access to those APIs.

The API Gateway Security’s Role in Security: Identity and Access

Access control is the most important security driver for API Gateway Security technology, acting as a sort of governor to allow an organization to manage who can access an API and set rules for how data requests are handled. Access control almost always includes the establishment of other policies, such as rate limits on API calls from specific sources or even payment requirements for accessing all or specific resources via an API with correct api gateway pricing mechanism.

.IT security experts are more confident that they have their finger on the pulse of an organization when all traffic is routed through a gateway.

A gateway API Access control capabilities in security typically begin with authentication mechanisms to determine the true source of any API calls. Currently, the most popular gateway is OAuth, which acts as an intermediary for accessing web-based resources without exposing a password to the service, with key-based authentication reserved for cases where the business can afford to lose the data because complete key secrecy is difficult to ensure.

Gateways are an excellent way to route all API transactions through a single channel for message evaluation, transformation, and security across an organisation. IT security experts are more confident that they have their finger on the pulse of an organisation when all traffic is routed through a gateway.

API Gateway Security can add message security between internal services, making them more secure and encrypting messages sent back and forth between the services.

Ignoring proper authentication can lead to problems, even if transport layer encryption (TLS) is used. Anyone with a valid mobile number in an API request, for example, could obtain personal email addresses and device identification data. Strong authentication and authorization mechanisms such as OAuth/Open ID Connect, in conjunction with TLS, are essential.

The API Gateway Security, its APIs, and the integration server's native services are all insecure without threat protection. That means that potential hackers, malware, or other anonymous outsiders could easily attempt to spread a series of attacks like DDoS or SQL injection.

APIs are the digital gateways that allow businesses to connect with the rest of the world. Unfortunately, malicious users are attempting to gain access to backend systems by injecting unintended commands or expressions to drop, delete, update, and even create arbitrary data accessible to APIs.

Drupal previously disclosed a SQL injection vulnerability that allowed attackers to gain access to databases, code, and file directories. Because of the severity of the attack, attackers may have copied all data from clients' sites. SQL Injection, RegExInjection, and XML Injection are the most common types of injection threats. We've seen APIs go live without threat protection more than once — it's not uncommon.

Many API developers have grown accustomed to using 200 for all successful requests, 404 for all failures, 500 for some internal server errors, and, in extreme cases, 200 with a failure message in the body on top of a detailed stack trace. When a stack trace reveals underlying design or architecture implementations in the form of package names, class names, framework names, versions, server names, and SQL queries, it can potentially become an information leak to a malicious user.

It's best to return a "balanced" error object, with the correct HTTP status code, the bare minimum of error messages, and no stack trace during error conditions. This improves error handling while also shielding API implementation details from an attacker.

The API Gateway Security can be used to convert backend error messages into standardized messages, ensuring that all error messages look the same; this also prevents the backend code structure from being exposed.

When it comes to API traffic, there should be a known list of devices, servers, networks, and client IP addresses. This list will vary in size depending on how tight the network is.

It is critical that the service properly restrict the allowable verbs so that only the allowed verbs work and all others return a proper response code (for example, a403 Forbidden).

A hacker can find gaps in a system by taking advantage of loose input validation. An attacker will use existing inputs to investigate what is accepted or rejected and push what is possible until they find a way into an API and compromise the system's integrity.

The following are the most common input validations.

Having message size restrictions is a good thing. If you are certain that you will not receive large messages (for example, those larger than 2MB), why not filter them out?

JSON, or JavaScript Object Notation, is vulnerable to content-level attacks. Such attacks attempt to overwhelm the parser and eventually crash the service by using large JSON files.

Some of the products worth checking out for API Gateway Security

APIs are present in various web applications, websites, mobile apps, etc., because they allow developers to expose relevant data to the public so that it gets integrated into other applications. You must analyze the API integration capabilities while creating and monitoring it to see how quickly it receives requests and responds to the clients. The process also allows you to see how the speed gets affected when requests get higher. API performance impacts the user experience for all websites and applications. If an API responds slowly, the user experience may get disrupted, and the client may leave the site.

What is API and What are some Examples

An Application Programming Interface is a software bridge that enables the communication between two programs. More precisely, it is a collection of written procedures that, when executed on a server, accept requests from and respond to other applications. The code is implemented by API designers using standardized programming statements that expose functions that are appropriate for interacting with the target platform. A similar collection of operations, together with an explanation of what each one does, may be found in an API platform. The developer is not required to understand, for instance, how an operating system constructs and displays a "Save As" dialog box. They only need to be aware that it may be used in their app.

An API integration platform ensures that enterprise systems function seamlessly. It establishes a connectivity between programs and applications and provides technical medium for interaction between data, applications, and devices.