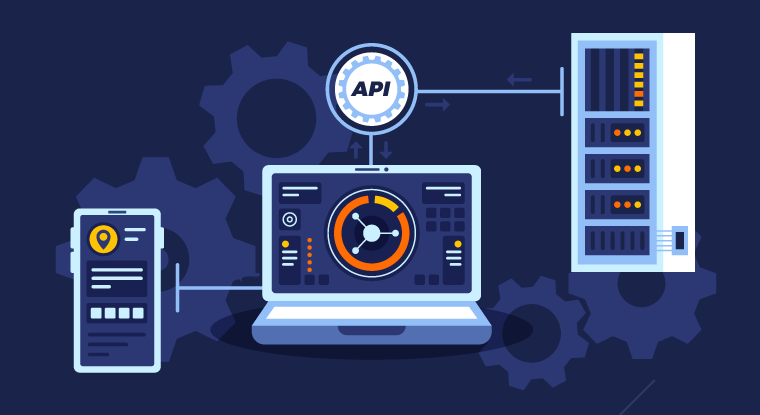 What Exactly Is API Aggregation?

Fundamentally, the concept of API aggregation is to take numerous APIs of the same type and combine them into a single API that can represent all of them. The server then orchestrates calls to backend APIs before sending a single, aggregated answer to the API consumer.

API aggregation provides access to collections of information from many sources and origins. These integrated data sets, which are frequently provided anonymously, enable academics, developers, and the business community to obtain access to statistics and insights that separate data sets do not provide.

What are some common methods for API aggregation?

An API aggregator or api manager is most commonly used to aggregate APIs. An API aggregator is a layer of APIs that provides a single point of integration and delivers a unique and standardized API independent of the APIs or services it connects with. The aggregator is responsible for injecting enough context to make the backend call successful. They may, for example, contain API keys or Access Tokens requested by the backend API provider. They may also hold setup or profile data required to make an API request to a specific provider. 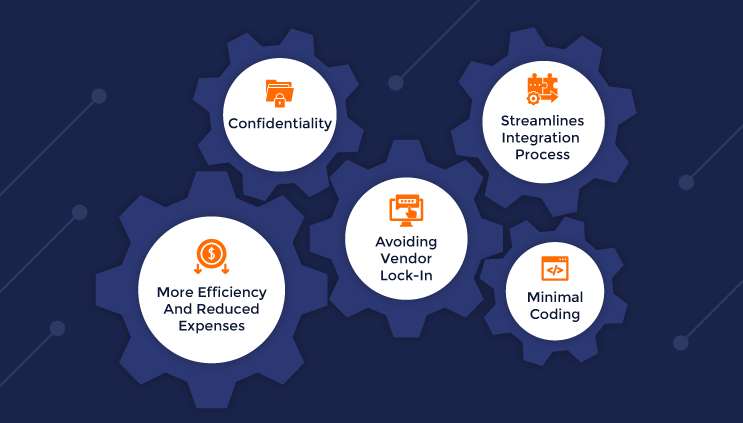 APIs are frequently referenced as a technique for providing enterprises with flexibility in how they utilize different applications and incorporate them into their stack. Utilizing applications that are wrapped behind another interface looks absurd. However, there are a number of reasons why API aggregation may be beneficial.

An api gateway allows clients to call many rest api management from a single interface. This api led connectivity streamlines the process of integrating several APIs into an application and makes switching between services simple.

API users can also utilize an aggregator to prevent vendor lock-in, which can result in customizing their integration to a single API provider. This is especially important in industries with several competing solutions with similar characteristics. An API aggregator also enables users to access applications provided by different vendors on a single platform, making it easier to switch between them.

Aggregated data may be used to analyze enormous volumes of data on a single platform, making it efficient. Moreover, it is faster, cheaper, and produces comparable findings.

API aggregation makes it simple to connect to many services and data sources with simple coding. This is why it is an excellent choice for developing large-scale applications.

Another significant advantage of API aggregation is having access to data that would be hard to get individually owing to legal concerns about privacy protection. When this data is aggregated and made available through an API, it not only lacks personal identity but is also blended together, removing specific factors that may distort the dataset.

However, despite these numerous benefits, API integration has a few drawbacks. They are:

The lack of a clearly defined common API standard sometimes threatens to hamper the main goal of creating a unified, creative, digital ecosystem for businesses.

Choosing the right 'single' API protocol, or developing their own, might be a dangerous and strategic bet that many organizations like banks cannot afford to make.

Aggregation solves some of the immediate tactical challenges of integrating with numerous APIs, yet, limiting development to just one API may restrict an organization's growth potential and tie them to a vendor's proprietary API standard.

What are some common use cases for API aggregation? 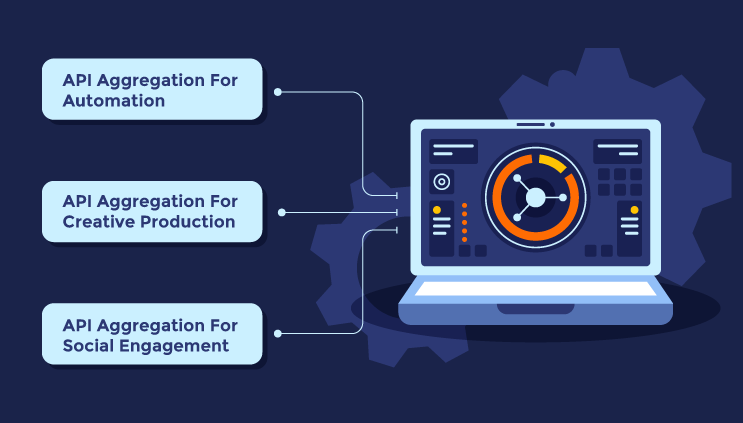 An API aggregator can be used to build API integrations that allow non-programmer clients to quickly incorporate APIs into a smooth workflow. These API aggregators often offer a library of SaaS and IoT services that may be combined with any other service to form an automated process. They also help automate complex workflows that span the whole process rather than simply individual activities.

API aggregation from many sources can be used to develop engaging campaigns on social media or in public locations to connect with target consumers. Thus, creative agencies and digital PR firms are a rising segment of API users, employing APIs not just to monitor marketing statistics or social media but also as part of the PR campaign itself.

An API aggregator collects data from numerous APIs and sends it to a visual output. The concept is similar to how creative firms utilize APIs, but it is more focused on generating audience involvement, possibly in response to a PR effort, rather than being integrated into campaign delivery.

API aggregation is a key paradigm in the API world. It is also expected to become more widespread as the "open everything" movement spreads across numerous businesses and sectors. Many businesses may continue to want API aggregation via a platform that can do the hard lifting.

One such platform is Unified.cc by 500apps. Unified.cc by 500apps is one of the leading unified api control application in this market. Their service assists programmers in connecting many APIs into an automated workflow and then generates code snippets that a consumer-developer may put into their application. Hence, Unified.cc allows programmers to spend less time separately integrating multiple applications and services. To learn more about the different features of Unified.cc, you can visit the 500apps website today!

Unified API Platform What it is and Why do you need it?

Understanding What is an API Platform?

A Complete Overview on What is an API Integration?